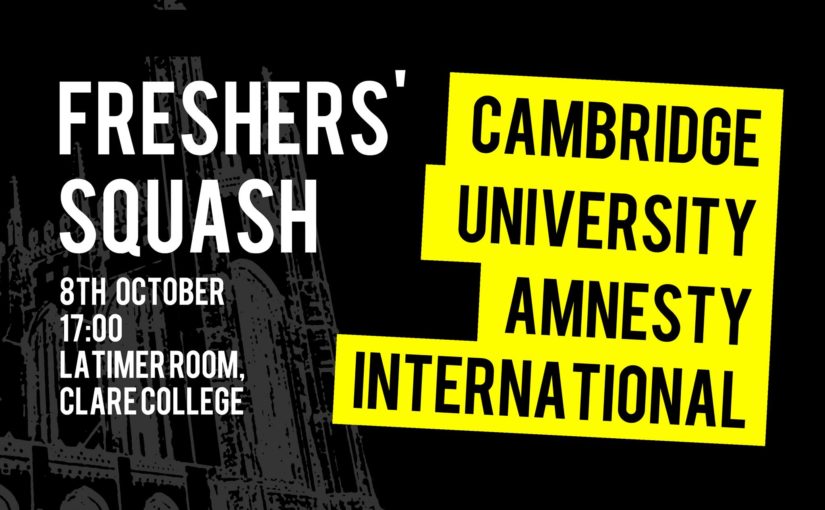 Our Freshers’ Squash is an introduction to CUAI’s work—meet the members and the Committee, find out about our exciting plans for Michaelmas, and see what ways you’d like to be involved.

You’ll be able to write some urgent action letters, and suggest ideas for fundraisers and discussions in the upcoming term, as well as meet new people!