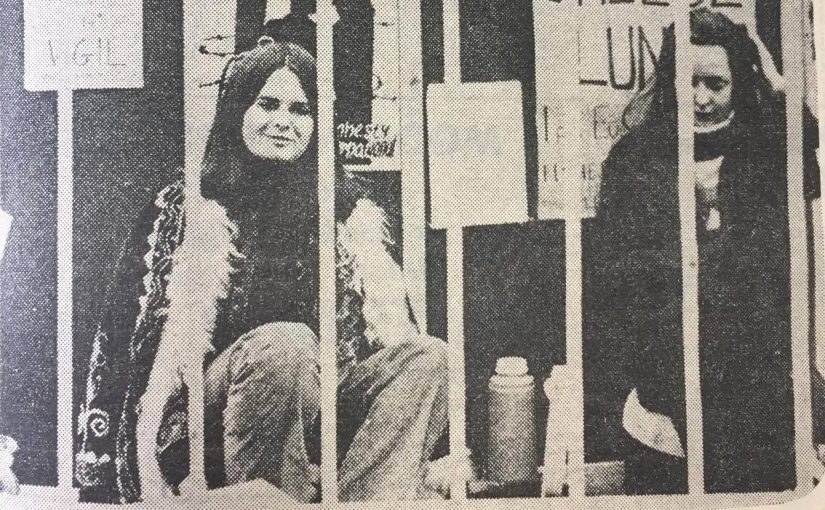 The Cambridge University Amnesty International Cage Campaign has been run every year for over forty years!

Every year CUAI prepares the Amnesty Cage Protest. Every lent, the Amnesty Cage emerges once again from hibernation to draw the startled attention of passers-by, perching on King’s Lawn in all its ancient and somewhat shabby glory. Cambridge Amnesty members have been spending their days and nights manning the petition stall and huddling behind bars for at least 40 years. From one angle, that’s something to be proud of. From another, it illustrates just how long many injustices still drag out.

The 2017 Cage Campaign was focussed on torture and it  was  extremely successful: we managed to gain approximately 600-700 signatures in 48 hours! The campaign called upon Teresa May to condemn Donald Trump’s open support of torture.

To read more about the campaign, take a look at the Varsity article.